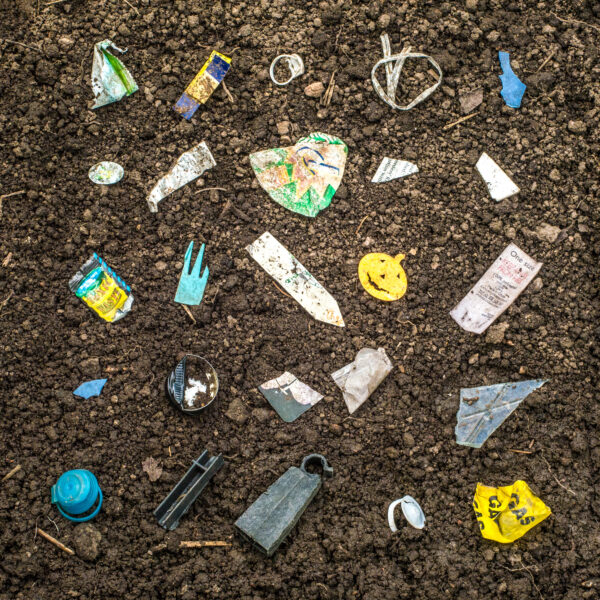 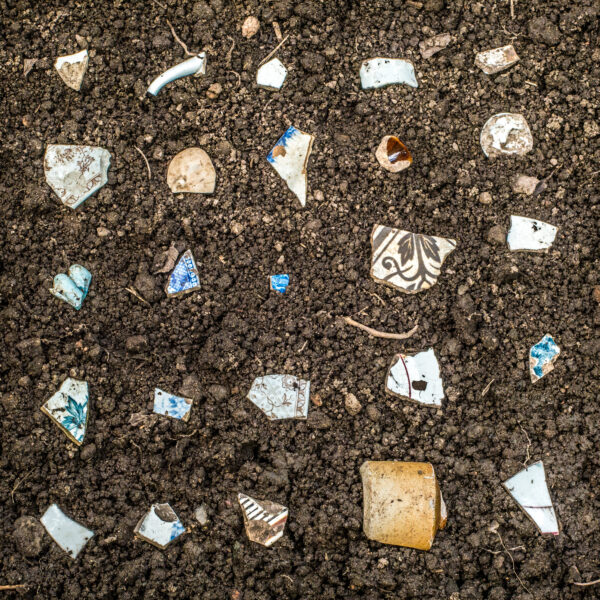 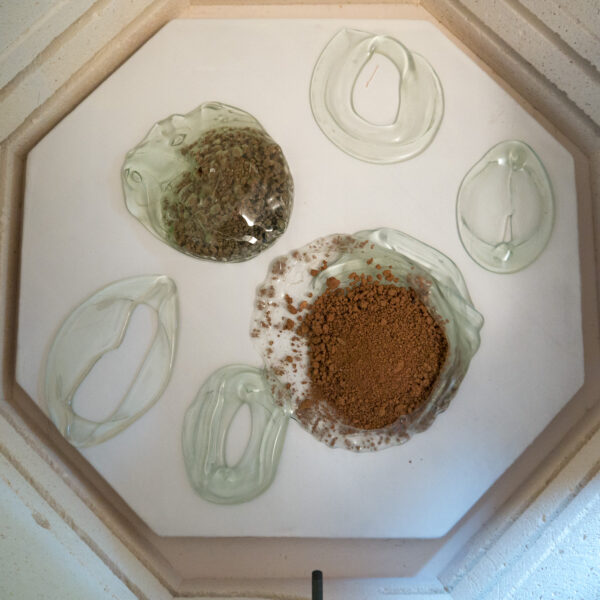 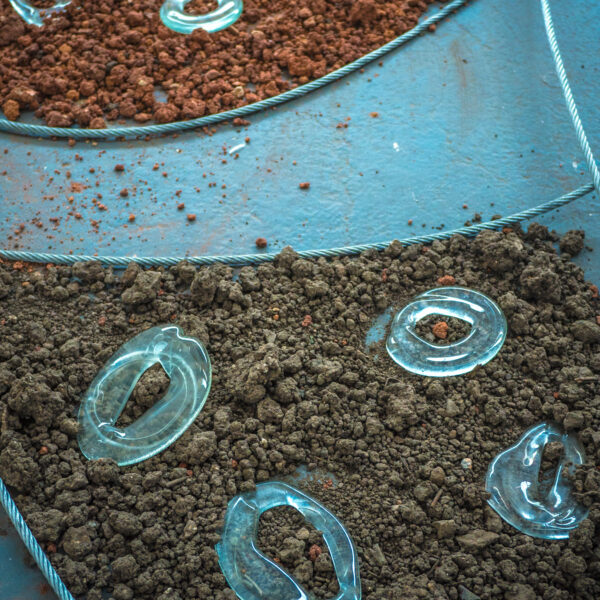 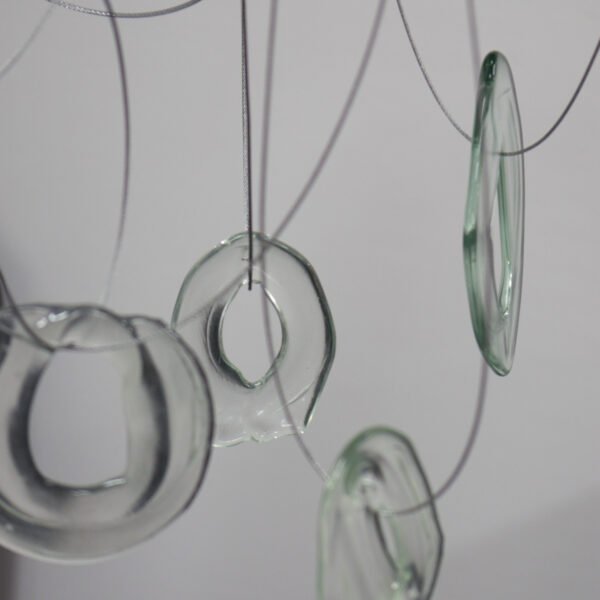 Fragments were excavated from the soil of a 600-year-old garden and separated into ‘then’ and ‘now’, exploring what can be read from these two sets of fragments.

Jam jars are sliced and melted. Their accidental forms are organic, hand-sized – tactile, tacit objects to be returned to the soil. They have also become quite popular as necklaces!

The photographs of fragments and the jam-jar forms are exhibited as prints, assemblages, and various sculptural installations involving glass, gripple and kiln-baked earth.

Participants are invited to choose 2 glass forms, one to keep and one to bury in their garden, for future gardeners to dig up and wonder about. As of 2020, glass objects have been buried in places as various as Australia, the Philippines, Malaysia, London, Worcester, the Malverns and Canwood Gallery in Herefordshire. I would like this project to expand further, but since 2018 have lacked studio space for my glass kiln 🙁